How Worthy Is Qsymia for Weight Loss?

Obesity has aggravated into a major health issue and all you need to do is look at yourself or around you to realize why it is being described as an epidemic. Roots of this problem have been traced to diet and lifestyle, meaning everything that you eat and the way you live your life. If exercise has not been a part of your daily schedule for quite some time, chances are that you might be moving towards obesity or are already obese and are desperate to lose weight. So when the option of a weight loss supplement presents itself in form of a pill named Qsymia, the temptation to try it out as an easier method of shedding a few pounds is definitely great.

Because Qsymia had received FDA’s approval in 2012, you would not be the only one in assuming that it is totally safe for consumption. After all, if it were not safe, why would the FDA put a stamp of approval on it? Unfortunately, there is definitely more to the situation than what meets the eye. This concoction of chemical agents had been submitted for approval in 2010 under the name of ‘Qnexa’ and had been rejected because it had been found to cause a variety of health issues ranging from cardio problems to birth defects in children.

When it was resubmitted in 2012, the manufacturers claimed that these issues had been sorted out and that it was now an improved version of the previous formula. However, critics claim that there is no change in its composition and hence the harmful side effects are very much the same. The only difference is that Qsymia comes with a load full of instructions as regards who should take it, how it should be taken and conditions under which it should be avoided. But this hardly detracts from the dangers that this weight loss pill poses, especially since the dent caused in your flab is only likely to be minimal.

Marvin Lipman, MD, who happens to be the chief medical advisor for consumer reports, made an apt observation pertaining to Qsymia’s approval by FDA which is as follows –

“The very idea that a post marketing risk evaluation strategy was a condition required by the FDA for approval of this combination drug product seems like putting the cart ahead of the horse. Such a study may very well result in preventable mortality and morbidity, a high price to pay in exchange for a few pounds of flesh.” 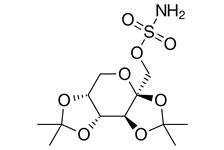 Topiramate is 2,3:4,5-di-O-isopropylidene-β-D-fructopyranose sulfamate. Topiramate is a white to off-white crystalline powder with a bitter taste.

It is just another chemical substance that influences your body. 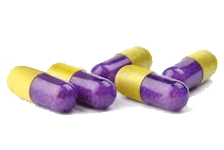 Big violet and yellow pills (color differs from the type of Qsymia). If you have some issues about the size of pills it may be difficult to swallow these. There is no information about opening them. 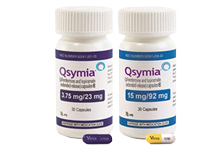 Can cause different side-effects:

I recommend to read!

Fat burners magic is now comming true! Find out all what I have learned myself to avoid any harm&time wasting.
Read More

Such an opinion might come as a surprise to you and many others who might have read glowing reviews pertaining to Qsymia on the Internet. There are several reasons as to why these reviews are often misleading – not only do they project a false image of a diet pill and make it appear as a miracle but also avoid touching on side effects which it might be causing.

Taking a look at its components may help you to understand why medical experts are so against Qsymia. This diet pill is a combination of two chemical substances namely Phentermine Hydrochloride and Topiramate. Amongst these, Phentermine is the one that suppresses appetite and is soluble in both methanol and ethanol and this in itself is indicative of the fact that it must be a strong substance which is capable of triggering chemical changes. Topiramate is a bitter tasting substance that is used to control epileptic attacks and hence is equally strong in its action.

Obviously a combination of the two is bound to have an impact on the neighboring organs and this is what causes side effects. On taking Qsymia you might experience a sensation of losing touch with your surroundings, experience trouble with your vision and fluttering in your chest. On a more serious note, you might also feel depressed to the point of feeling suicidal or face issues related to your kidneys. All of this points to the fact that Qsymia should only be taken by someone who is aware of its risks and has agreed to be a part of clinical trials associated with it.

Till its safety is proven beyond doubt and people are held accountable for its side effects, Qsymia should not be used for weight loss even though you might have been medically cleared for its use. Not only are its effects unnoticeable but its ability to cause harm is definitely something that should be avoided.